The restoration of the Hiawatha Mural.

Several years ago I was asked to help restore the murals that used to hang from 1935 to 1985 in the cafeteria of an old middle school. They were originally painted by an artist by the name of Rena Frankberger (an artist who painted murals in Washington, DC) who incorporated student's talent for the borders.   I agreed to 'help'.  I was told there were 10 panels total.  It turned out to be 40 panels; 20 picture panels illustrating the Hiawatha poem by Henry Wadsworth Longfellow and 20 text panels (the actual poem) and they had to be scrubbed down, repaired and totally repainted. It took 7 summers. My studio was the new cafeteria at the same school which housed the murals. I had the 'studio' to myself and my loud music. I totally loved it, all of it. I still swear that Rena guided my hand because every color I mixed was exactly the color I had to recreate.   Any time I saw a movement out of the corner of my eye, which was often, I knew Rena was watching, and guiding.  Some of the panels were so damaged that I had to 'sub-contract' my husband Jack's help to put the pieces together again or even to patch up areas where exit signs or electrical outlets where cut out.  Oh the industrial revolution!
Scroll over the pictures below to see details of each scene.
These beautiful panels hung in the cafeteria of the school for 66 years, now I hope their beauty will be enjoyed by students for the next 66 years.
They are currently being hung on the walls of the same Curtin Middle School, Williamsport, Pa, and behind glass and huge frames. Please go see them! You will be impressed. 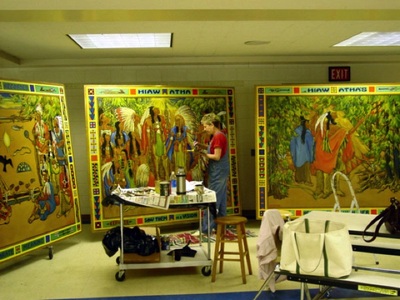 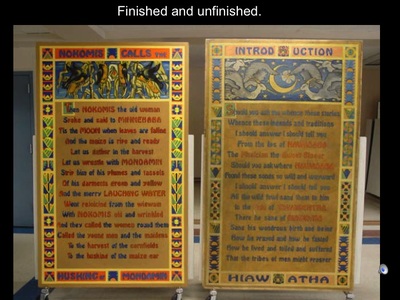 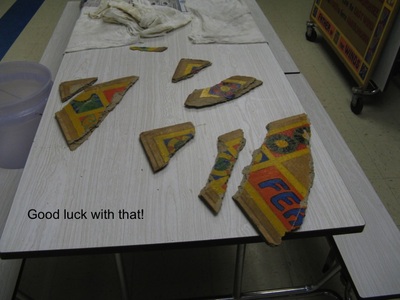 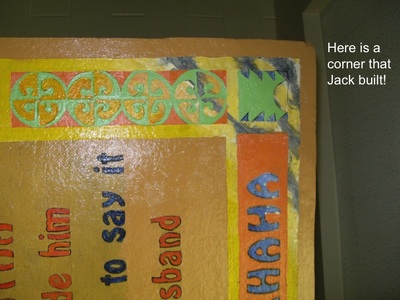 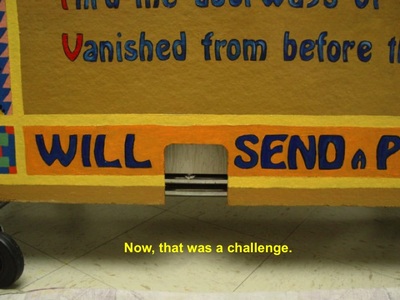 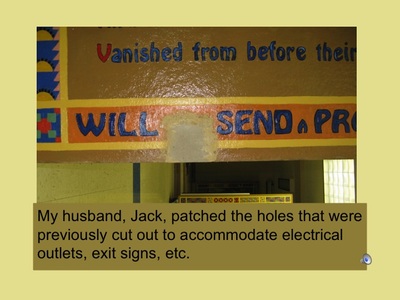 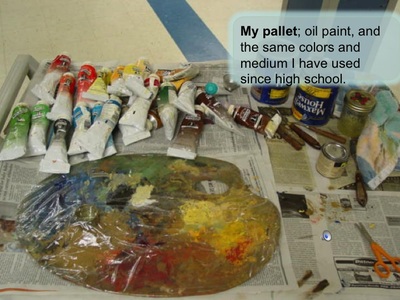 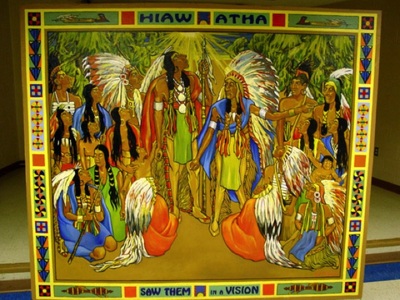 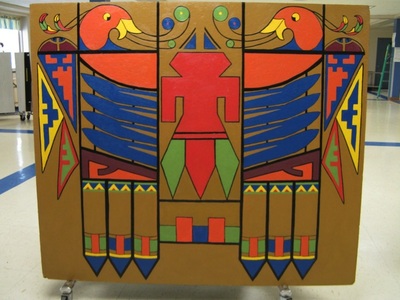 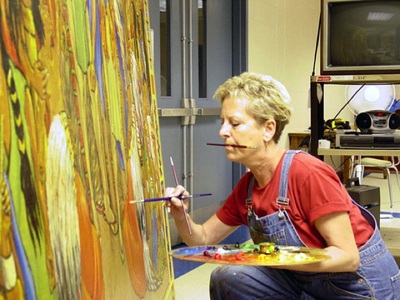 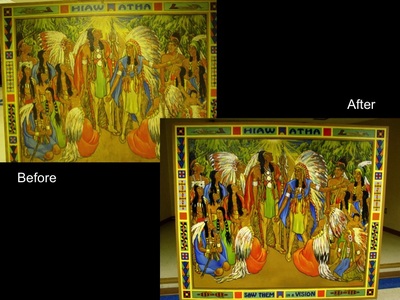 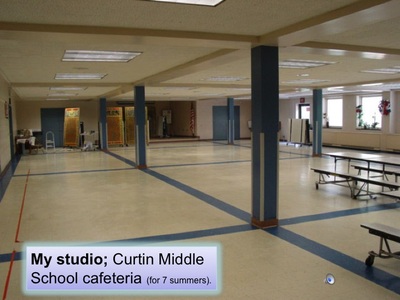 The Reception for the Hiawatha Murals was held Oct 1, 2014 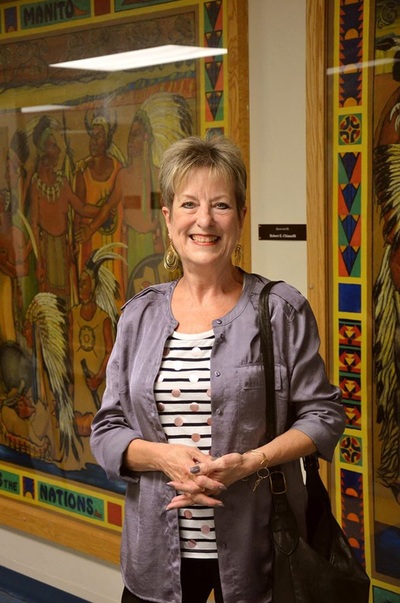 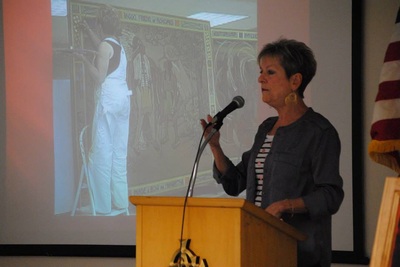 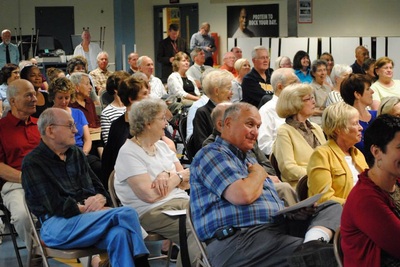 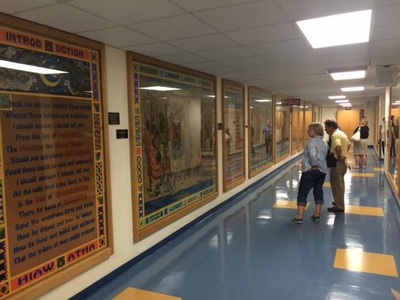 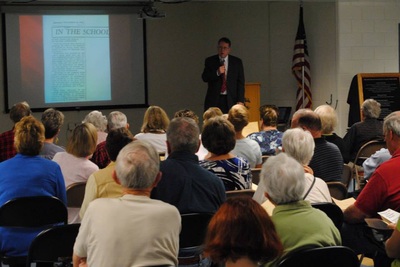 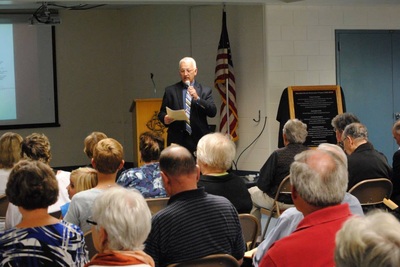 Restoration of the Trinity Mural 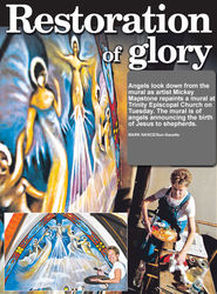 The summer of 2009, Trinity Episcopal Church asked me to restore the mural which is over the Baptistry Arch in the main church. The original sketches were done by J. Wesley Little, a renowned artist of Lycoming County, Pennsylvania, although final execution was done by Mr. S.R. Hartman of Philadelphia.  It was painted on heavy canvas and attached to the wall.  The hills of Bethlehem are, in reality, the hills as seen from the highway near Halls Station.
The image on the mural depicts the story of the angels watching over the shepherds and their flocks at the time of Christ's birth.
The hardest part for me was climbing up and working on the scaffolding.  I am afraid of heights and the first time I climbed up to the main part of the mural, the whole scaffolding and ladder was shaking. I had to have Jack go up with me to hold my pallet so that I could hang onto the arch frame.
Interesting note:  I actually discovered a lost sheep when I cleaned the mural. He had been covered by grime over the years and looked like a bush.
Again, if you are in Williamsport, Pa, stop into the Trinity Episcopal Church at 844 West Fourth Street in the city and see how many sheep you count!

Run cursor over each thumbnail to get more information. 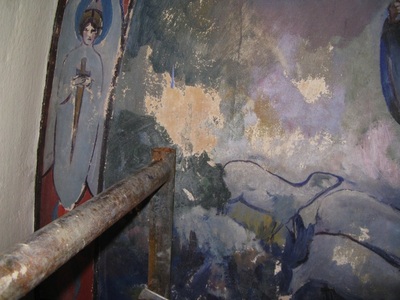 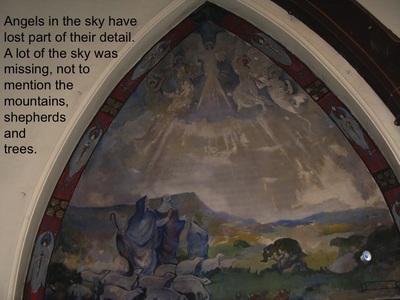 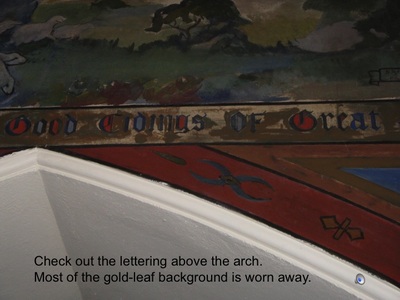 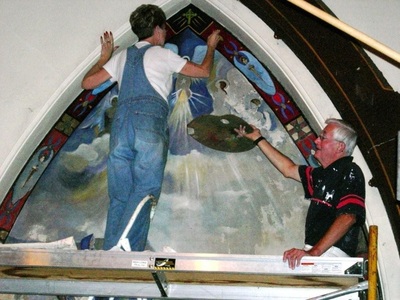 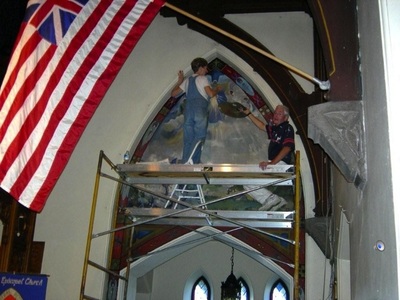 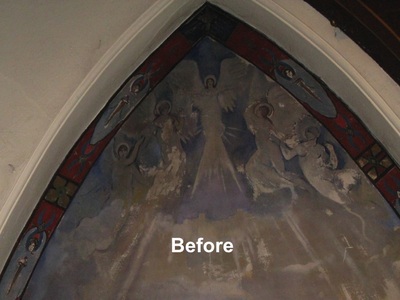 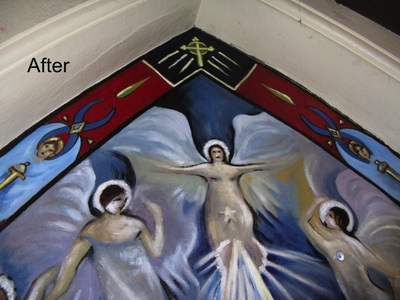 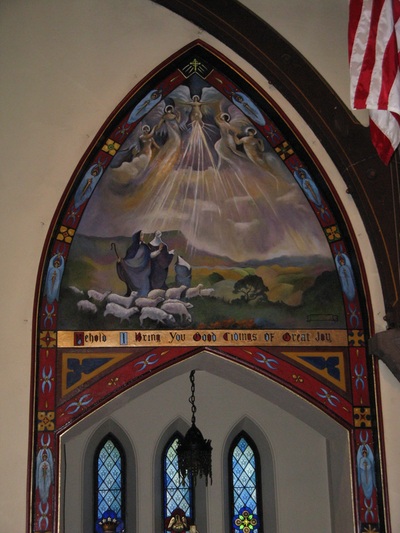 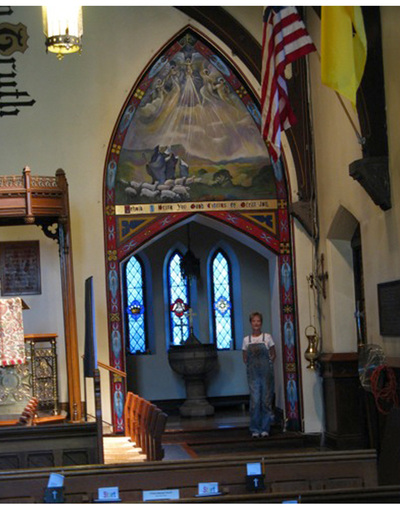